The memorial hall was built in 1952 and opened in 1954 by Governor Sir Ronald Cross. Quite a lot of people visit the memorial hall because there were weddings, balls and dances The St Georges Parish fair and even suppers were held there on all different days and for all different occasions. An advertisement for the laying of the foundation stone is found here 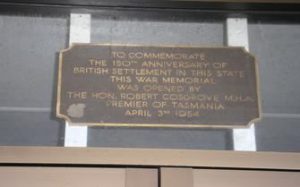 The government paid 5 thousand pounds  and the council gave 9 thousand pounds.  It was made for all the men and women that fought in the first world war. An article in the local paper mentions the memorials and sports events held on the day of the opening.

The Sorell Memorial Hall contains a kitchen, a stage, a hall, a supper/meeting room and an oval.  It is used for the Sorell market, the Pittwater art club and the historical society of Sorell. It is located on Coles Street and is opposite Walker Street. Sorell is North East of Hobart and is about a 20 minute drive away from Hobart.

The Sorell market was opened in 1991. Back then it only had a second hand stall, a gift stall and a plant stall. Today it has about 60 stalls selling fruits and vegetables, antiques and collectables, second hand stuff, furniture, animals, plant, tools and much more. There are children’s activities and plenty of food and drink stalls. It always starts at 9am. It is held every Sunday in summer and every second Sunday in winter.

The hall has two statues in front of it. 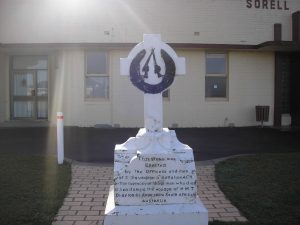 This statue is for the Boer War (1880-1902). On it it says: “This stone was erected by the officers and men of E. Squadron 5th Battalion A.C.H in the memory of those men who died at sea during the voyage of HMT Drayton Grange from South Africa to Australia.”

On the the front of the second statue  it says:
“Erected by the residents of the municipality of Sorell this stone was laid by Sir William Allardyce, Governor of Tasmania.” 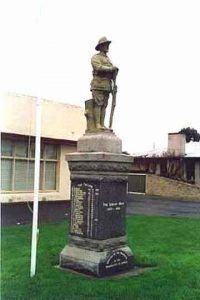 We used a book:
Sorell Heritage Study volume 5.
Part of a series of books prepared by Ian Terry for Sorell Council in August 1996.
Thank you for looking at our page.